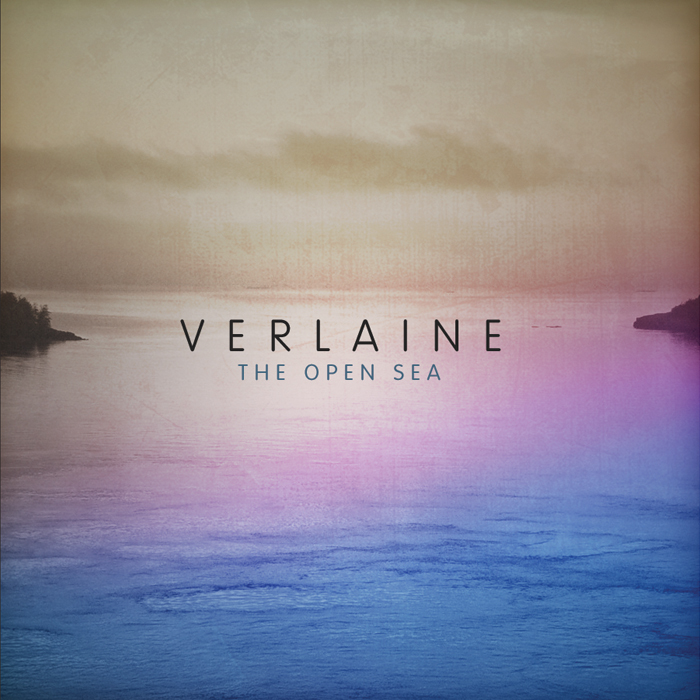 We’re just over two weeks out from the official drop date of Seattle pop rock band Verlaine‘s full length debut ‘The Open Sea’, and a few days past the band’s successful album release party. Verlaine has been getting plenty of love for their new album, and are kicking into high gear with a few Spring and Summer shows already lined up!

This Seattle quartet has been making waves since their founding, from the star-studded lineup to a handful of fantastic local shows (including a great supporting role for Swedish band The Deer Tracks at the Sunset Tavern a few months back). ‘The Open Sea’ is a skillful first album that sits in familiar British pop and rock territory while hailing from lands much (much!) closer. In writing, arrangement, and execution, notes of Coldplay and Radiohead mix nicely with hints of Aaron Sprinkle and Fair in Verlaine’s nine-track debut.

Frontman, pianist, and guitarist Dan Cole‘s expressive vocals set the tone for the majority of the album, backed by guitarist Kevin Woerner, bassist/keyboardist Jonathan Young, and drummer Jon Wood. With band roots in Forever Changed, twothirtyeight, The Myriad, and Drypoint, respectively, the veteran musicians in Verlaine have put a huge first step forward with ‘The Open Sea’.

First track Painted Lights is a densely packed album opener, easing in on warm keys and pads before an alluring chorus sucks listeners in. The album’s tight mixing is immediately notable, each instrument contributing to the swirling melodies without being washed out or overblown. A slow, dramatic build closes out Painted Lights, a perfect ramp-up into second track See The Best In Me.

Chiming guitars lead the way through to the tension-wrought bridge of See The Best, showcasing the band’s strength in dynamic and engaging writing. Third track Lonely Survive is the first of the pre-released singles, and the frail, beautiful piano introduction is the first time the album mellows out.

As with the previous tracks, Verlaine demonstrates an incredible agility in shifting energy and mood from verse to verse, and uses the momentum to confidently transition into the middle of the record.

Standout songs Negotiations and Motionless are delicate balances between touches of funk, charming guitar riffing, and Cole’s poignant voice. Even with such pleasingly massive drum and bass parts, Verlaine persists as an airy, uncluttered band whose writing is keenly calculated and expressly purposeful.

Album closer This Life We Lead sees the band return to bare necessities, a simple track with complex execution musically and vocally. Warm, beautiful tides of sound allow Cole’s vocals to float comfortably before a cascading rock break sees listeners out with a loving warmth absent from my speakers since Sherwood‘s disbanding in 2012.

Verlaine has written a powerful first album, and as the release show proved, the band is more than capable of pitching ‘The Open Sea’ live. Look forward to their upcoming show at The High Dive with Something In The Trees and The Bend, May 24th!