The Deer Tracks At The Sunset Tavern 11/16 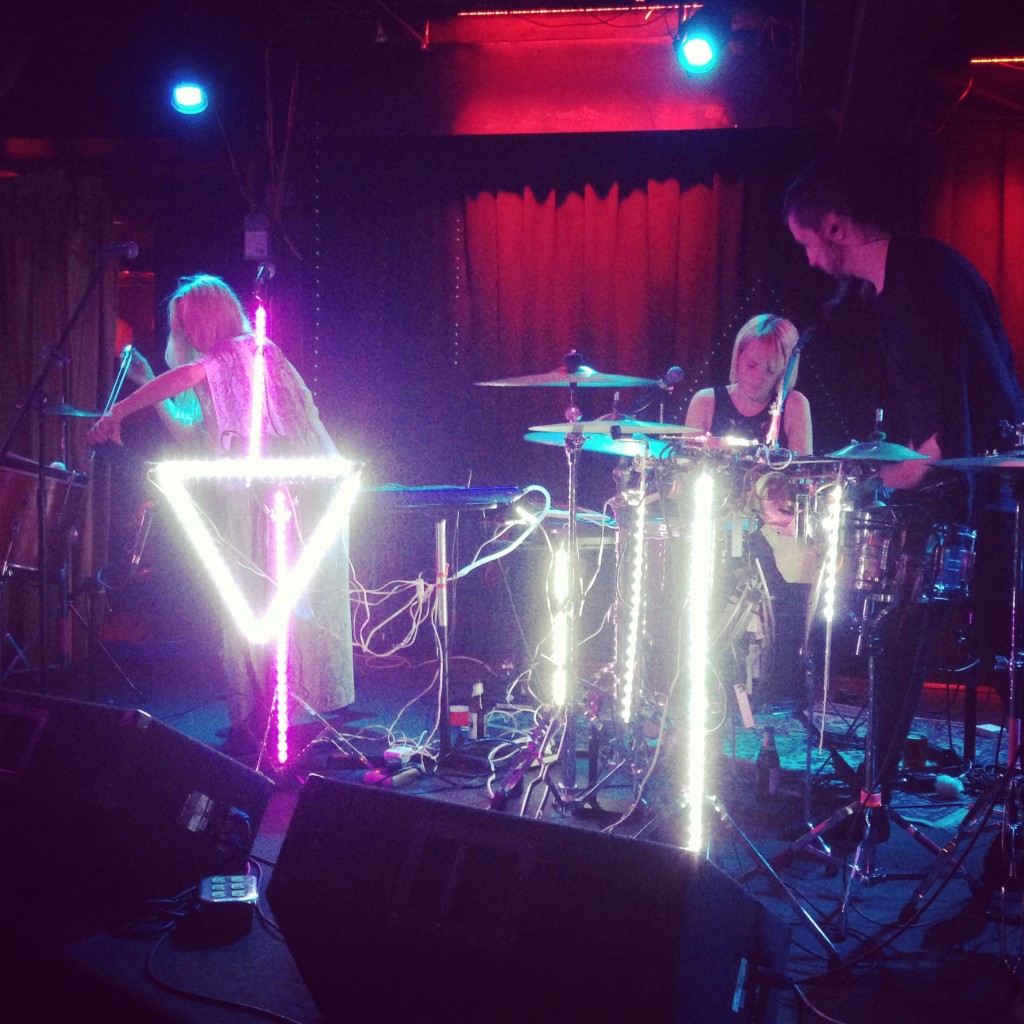 A big part of the reason I love writing for RCA is exploring all sorts of cool venues and artists in places I wouldn’t normally visit, and Saturday night at The Sunset Tavern was the latest in a string of great local adventures. I’d never been to The Sunset Tavern (or most of Ballard) before, so it was a little hectic finding my way, but I showed up at 10PM on the dot and settled in for a long night.

I mostly went to see Verlaine, so I didn’t make much effort in checking out the other acts. First up was Half Kingdom, a Seattle quartet that has racked up an impressive number of shows in the latter half of 2013. I enjoyed their dense washes of synth and ‘verb, and the hearty drumwork brought enough edge to the band’s sound to fit nicely on a late night playlist. There doesn’t seem to be much on them online, but their BandCamp page offers a pair of demos for streaming and download. Half Kingdom has at least one more show this year, set for 11/22, Friday at the Lo-Fi Performance Gallery with XVIII Individual Eyes, Wishbeard, and Lazer Kitty. Tickets are $7 Advance for the 9PM 21+ show, available on Facebook!

The venue pleasantly surprised me with a lively bar environment, a welcome exchange from the awkward and sweaty (not mine, generally) downtime that accompanies most show experiences. I snagged a club soda and tried desperately not to spill as I saw a roadcase stenciled with “THE MYRIAD” (!!!)  on the side during Verlaine’s setup. It’s easy to forget that the fellas in Verlaine are all veteran musicians and alums of well-respected bands, so I couldn’t wait to see how their last scheduled show of 2013 would proceed.

Verlaine pulled off a memorable set that was both well-written and well-rehearsed. There is a tightness and togetherness in experienced musicians that just can’t be replaced with fancy gear or studio tricks, and it’s obvious that this relatively new band has been writing and practicing together diligently. Vocalist/guitarist Dan Cole (formerly of Forever Changed) and lead guitarist Kevin Woerner (twothirtyeight) traded refreshingly interesting guitar riffs, with Cole switching to keyboard for several of the softer songs. Bass and keys player Jonathan Young (The Myriad) held the low end with drummer Jon Wood (Drypoint), grounding the band’s emotional and dramatic songs with a powerful rhythm section. I very much enjoyed Verlaine, and watching the band’s recording and production process with songs like Lonely Survive (below), has been an exciting experience. All told, I look forward to seeing these guys in action again soon. For now, I’ll tide myself over with what’s available online.

The last act of the night, a Swedish duo by the name of The Deer Tracks, was almost certainly the least expected performance that I’ve ever seen. Verlaine’s social media had been lighting up about The Deer Tracks all week, but I hadn’t screened anything and thus had no idea what to expect. As the Verlaine gang finished packing up, I watched three musicians bring up a series of computers, synthesizers, percussion pieces, and… what I thought of then as ‘strange trinkets’. The list of exotic and interesting instruments included a melodica, a small windchime and bell, what might have been a glockenspiel or xylophone of some sort, and the double-take worthy violin bow and saw. I mean like a wood saw. With teeth. The kind you see in cartoons.

During The Deer Tracks’ setup, it was already clear that we were in for something wildly different from the standard band format and sound. Vocalist and leading lady Elin Lindfors coaxed us through gorgeously lush soundscapes, conjuring as much as singing her otherworldly lyrics and haunting vocalizations while rotating through a handful of instruments with incredible proficiency (yes, saw included). Percussionist and vocalist David Lehnberg completed the duo, racks of acoustic and electric percussion pieces arranged around him in a somehow perfectly navigable mess. Touring addition Anna-Karin Berglund manned the keys and synths, adding depth and energy to an already spectacular live presence.

The trio showcased their unique hybrid of analog and digital mediums, taking cues from EDM and noise pop and generating sounds and mixes with flavors of old Notwist and new Alt-J. While many of their songs are straightforwardly sensible, there were a handful of noisey, chaotic pieces that assembled into flawless choruses, built as much on delivery and performance as composition. Two of my favorites from the set, Red Eyed Zebra and Divine Light, are pulls from the newest album, ‘The Archer Trilogy Pt. 3’. I promptly bought all three records after the show, and agreed heartily with the dozens of fans vowing to see this remarkable act the next time they come through town.

I can pretty safely say this was one of my favorite shows of 2013. I’m making my way through the trilogy now, and it is transcendent.