Moneta – The Only Constant 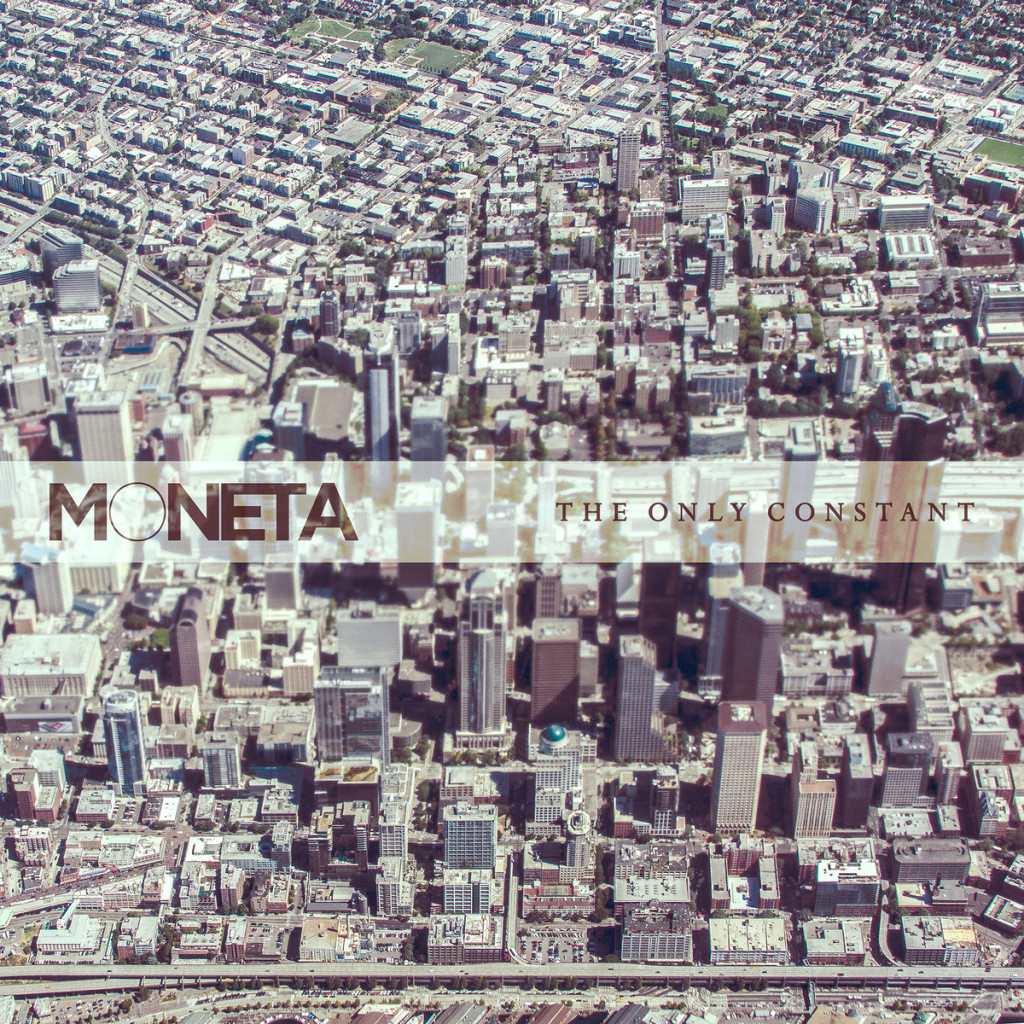 The first I heard of Seattle’s Moneta was six years ago. I fought a crazy cold to see Sherwood at Chop Suey, and one of the opening acts was Moneta (and maybe Madison Drive?). I remember liking the poppy rock I heard, but I was too busy meeting my San Luis Obispo heroes to stop by the Moneta table.

Well, it’s been years now and Moneta is packing a new lineup, a new sound, and a new record… and it’s one for the books. Featuring newish vocalist Jordan Thompson, ‘The Only Constant’ sees the uncommonly sized six-piece tear through 14 tracks of blissfully unadulterated rock. The musicianship is refreshingly technical, and with complex arrangements and generous string sections, Moneta is nothing short of massive.

The album kicks off with the accusatory The Jackal And The Lion, a merciless opener that pairs searing riffs with biting lyrics. Thompson deftly navigates soft, belted, and near-screamed parts with a powerful voice that could be comfortably compared to fellow Seattleite Matt MacDonald of The Classic Crime.

Equally impressive is the musicianship present in this sextet. With guitarist trio Michael Rapson, Kevin Hanaford, and lead player Chris Holbrook, the guitar arrangements are detailed, clever, and entirely engaging. Not to be outdone, drummer Leo Martin and bassist Benjamin Brockman present a razor-sharp rhythm section suited perfectly to the intensity and complexity of every track.

Second song Life In Rewind is the hopeful foil of the opener, a muscular rock cut that deepens the positive similarities with The Classic Crime and offers a chorus that begs to be sung. It’s plainly clear from the outset that Moneta is a group of experienced writers and musicians.

Despite the hefty track list, the album moves smartly and warrants positive comparison to departing heavyweight Anberlin and late Seattle band Acceptance. No song or section seems to drag, and with such diverse and dense arrangements, every piece of every track feels like fresh ground. Three masterfully crafted interludes serve as brief moments of respite, including the short but beautiful Your Own Way that blooms into first single All My Fault.

Reverse-delay drenched Rewrite The World bridges the two business ends of the album, a gorgeous ballad that matches choral gang vocals with towering string parts. This song demands a few plays before ushering listeners into the valiant string/guitar duet opening of The Hardest Thing.

Where a tragic number of rock releases are frontloaded with the goods, ‘The Only Constant’ maintains excellence through and through. Tracks like Something To Fight For and The Devil Inside keep the driving rock present, while songs like Save Me From Myself and Breathe In offer tinges of introspective pop rock flavors. Closer We All Live To Die may not be the strongest in the musical pool, but it is a graceful end to a truly huge full length.

With ‘The Only Constant’, Moneta has further cemented itself as a band to watch in the PNW and beyond. This 14-track record is a hefty effort that should unfold handsomely in Moneta’s career trajectory, and a freshly inked deal with Gibson/Epiphone proves big names are taking notice.

If you haven’t picked up tickets yet for Moneta’s album release show, the band will celebrate ‘The Only Constant’ at Showbox At The Market with Stillstand, Truth Under Attack, Sell The Rights, and Subject To Downfall on Saturday, 3/22. Tickets are available on the Showbox calendar, or through the band on Facebook or Twitter.